I have a strange relationship with inspirational quotes, and I don’t think I am alone in this.

For a little background, it is a universal practice to add a little weight to our writing by including inspirational quotes that can be perceived as relevant to the message. I can’t remember reading one of these quotes that wasn’t attributed to someone who had achieved some mark of distinction in the world. The moment the quote was read — or perhaps even before — I wanted to see who the source was, as if it would tell me how impressed I should be with what it says.

I’ll bet you do this also. In fact, I think that is the intention of attribution in general.

We all want to know who the speaker is, rather than just paying attention to how the words land in our spirit. As in, the more highly the speaker is thought of in the world, the more impressed we should all be with what was said. So, inspirational quotes become a contest of quoting the most prominent sources in the world view, rather than the most moving and inspirational words.

This is an abdication of our responsibility in the matter, and a symptom of our interdependence — not in the purely physical matters of survival, but rather in how we view life and ourselves. Inspiration is a matter unique to each of us, and not dependent on the reputation or opinion of another. No two of us will have the same reaction to words of inspiration, nor should we.

But the greater issue is this: from whence do these words of wisdom come? Is that place exclusive to those with some mark of distinction? What is the source of their inspiration? My belief is that these words — nearly without exception — are things that we all instinctively know. They are built into our humanity on some level; which is why we tend to resonate with them.

That also means that each of us has the capacity to utter words of inspiration in those moments in which we are in touch with our own humanity. It is, after all, humanity which brings us all together because of its commonality. But, by subjecting the quality of a quote to the reputation of the speaker, we systematically remove ourselves from being a source of inspiration because, after all, we have yet to leave our mark of distinction on the world.

All issues of plagiarism aside, do you think the cadre of respected thinkers and speakers of the most popular and oft-quoted sayings would be incensed if we failed to attribute their words. I think they would be happy just knowing that these words were being used to inspire, regardless. I’ll bet you would feel the same if your words were spread to the world and allowed to stand on their own merit, rather than your pre-existing reputation.

Isn’t this evidence that our egos have, once again, become involved in what should be an ego-free purpose? Isn’t it true that we attribute sayings of inspirational wisdom because we’re not quite sure those words would be taken seriously if we didn’t? Or worse, that readers would believe we were the source of the words, and that we don’t yet possess the mark of distinction necessary for them to be taken seriously?

We are all sources of wisdom and inspiration to others, whether we are aware of it or not. We might all be writing down our joy-inducing thoughts to share, and so we might share them without the need for attribution, but rather as thoughts that occurred to us as an encouragement to our collective humanity.

Now, imagine this: how would it land with you to read an inspirational book that was sprinkled with unfamiliar quotes presented without attribution? Would that occur as annoying or as diminishing of the message in any way? Or, would it encourage you to re-read the quote and allow it to sink in a little deeper with the goal of truly seeing how it may contribute to your life, regardless of who first wrote it? I’m rooting for the latter.

The answer might be that the quote doesn’t contribute much after all, despite the fact that it was penned by Gandhi (or, whoever). After all, the speaker didn’t know you, and s/he doesn’t have the answers for all humans. No one can make that claim. Yet, by their general reputation, are you more inclined to believe that a quote does have value to you because of who said it?

And, by that measure, are we then determining that we are not worthy to be an inspiration to others only because we lack that same reputation? That is the real tragedy of attribution, mainly because it is not true. 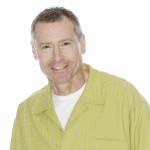